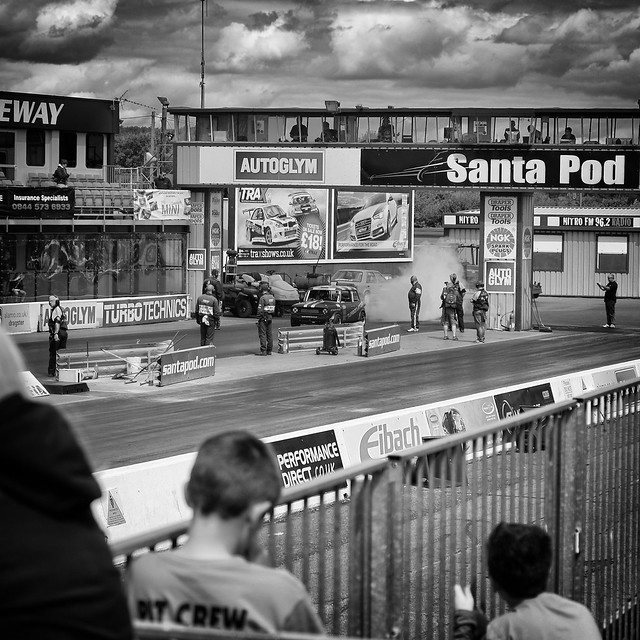 Another early morning start for us and another day out with cars - we love it.

This time we travelled to Santa Pod  in Northamptonshirefor the annual Mini in the Park show which gives us a chance to meet up with old friends that we don't see so much now that there are fewer  runs and outings than there used to be.

With a few miles to go we caught up with three Gen 1 GPs and again thought how much we would like one, that itch never goes away for us and then we travelled into the show with them. We took the Clubman this time as he hasn't had many outings lately because of the new boy - SilverBeast our JCW MINI Coupé - and we didn't  want him to feel left out. We arrived just after 9 and the Clubman Register stand was already set up and everyone had left for their breakfasts.

We had a slow mooch through the stands and stalls, were tempted by a few items but returned empty handed to the Clubman stand where we began to make our bacon baps, tea and coffee. Then we heard a rumour that there were MINI bags of cleaning products for sale at one of the stands for £5, not sure how we missed them, but Beastie dashed off to pick one up while I battled with two nearly empty gas canisters before finally finding a decent one, and at last the kettle  boiled.

We had a long brunch chatting and catching up with old friends. Brettles was there with his son Branston who had also brought his own MINI a very tast pedal powered red JCW! Czar too was there in a brand new Generation 2 MINI GP, which was a lovely car, but being on a Clubman stand it was alas naturally outshone by the infinitely more handsome Clubmans on show! We spent some time putting the world to rights with Czar and then made another tour of the site stopping briefly to watch the rocket powered car go down the drag strip.  We had bumped into our old pal Elliott and chatted with him, while we watched the rocket powered Mini do its stuff.  He was on fine form as always and had us in stitches as he outlined the alternative options he had for his Sunday before electing to come along to Santa Pod. After a while we realised that rocket power was not for us though and after a few pictures we left to explore some more. 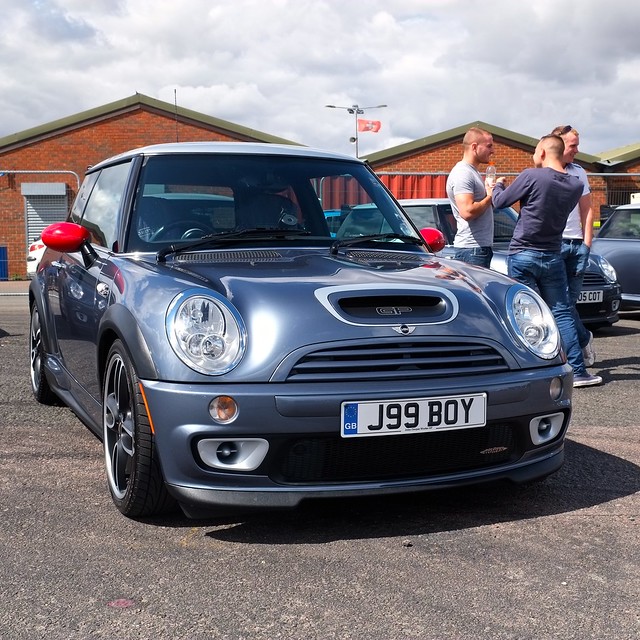 We bumped into an old pal from The NewMINIseverns days Emu_P with his girlfriend Helen on the New MINI Surrey stand and admired his Cooper SD before heading back to the Clubman gazebo and more tea! The weather had slowly improved through the day and as the sun was shining we treated ourselves to an ice cream and pondered upon how much we like this life in the fast lane. hey don't mock, if you are slow with tose ice creams they can melt real quick! 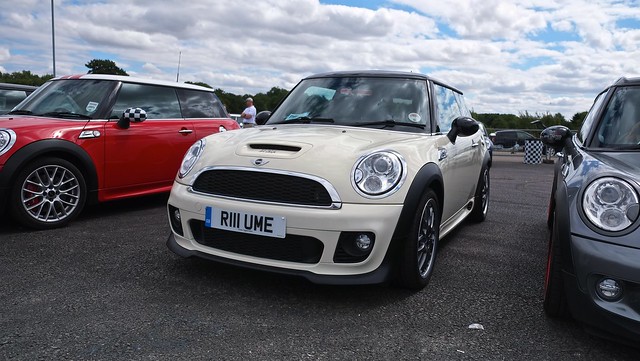 After a last trip around the show, we all packed up and headed home about 4 o'clock after a great day out.  no its not wildly exciting but  it was nice to be outside enjoying the day and with promises to meet up again at the Big MINI Show in September, we felt we had nicely satiated our MINI love for a while. We'd still love a Generation 1 GP though...

Click on The GP for a wall of Photos from the day and on any of the other images for a slideshow from the day!