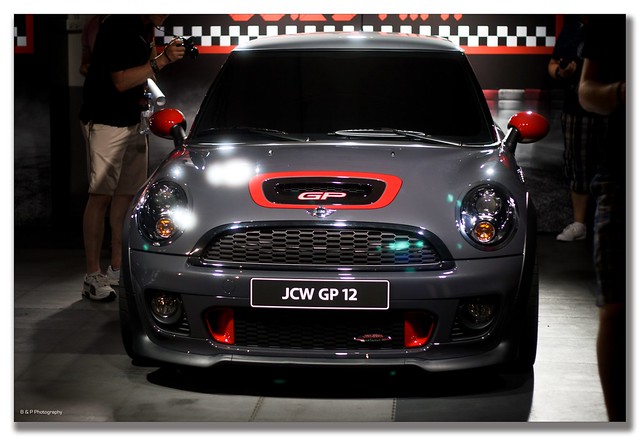 We were at MINI United for the launch of the new MINI GP, which arguably was the icing on top of the big fat MINI United cake. I wont  give you any in depth details on the car,  as what details there are are all over the internet anyway, instead I want to say a little on my personal impressions of the car and its launch.

I have seen this launch described elsewhere as a soft launch with the main launch to follow at the Paris Motor Show later in the year. This is because the only details we know of the car are that it is 19 seconds faster than the original GP around the Nurburgring and that on the outside it will look like the car above! I think calling this a "soft" launch is a kind way of saying "going off at half cock." I say this because being there for this launch we felt frankly cheated. All the windows were tinted so that you could not see inside, so clearly, the interior is not ready yet, no figures are available for the car so you can bet that even the engine has work to be done on it yet and basically, we felt that the car was only there to boost the importance of the MINI United festival. Also the car was hidden away in a dark corner of Paddock 11 where if you blinked you would miss it.

The MINI GP launch then was to our eyes a bit of a damp squib. But what about the car? 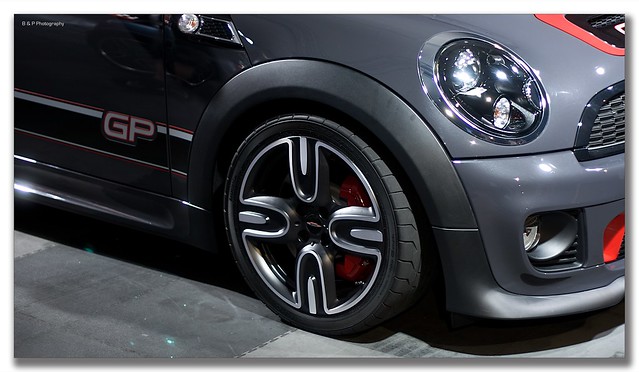 Well, there is nothing not to like about the car as such, but we couldn't help but feel underwhelmed. the plus points are bits we don't really understand such as improved suspension and underneath tray leading to a rear diffuser, a more efficient rear spoiler, better brakes etc. etc. However, what we do understand is looks. We admit it, we are old school all fur coat and no knickers kinda people - if it looks good then that is the battle almost won for us. This GP looks good in the way that all R56 MINIs look good but it also looks like you could very easily make your own look alike GP. There is no unique body kit like we had with the original GP, so the car compensates with a brasher decal finish with more red bits than the original, so we ended up looking at it and thinking that in some ways it is trying too hard and in other ways it is not trying hard enough. However, I/we qualify all this by reiterating that this is just our own personal and unprofessional view and a drive of the car might well make us think it is the best thing since... er the first GP! Somehow though I doubt that. 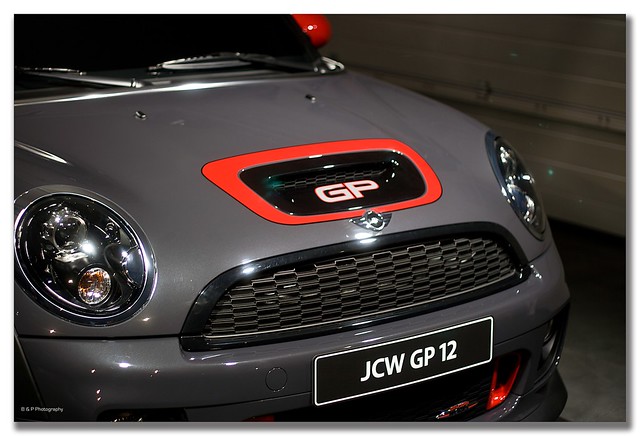 The original GP and the new GP were side by side in their gloomy lair and both me and Lady Peanut kept looking at the original more and more, then we were discussing the original, " oh look Darling see how it juxtaposes the bold and the brash with its cuteness" and other such nonsense that I am so good at coming out with at these times.

So the launch of the new GP then has brought us closer than ever to buying an original GP. I don't think it is part of BMW's plan but yep the new GP is so good it has almost certainly guaranteed that we will have an original GP in our lives... 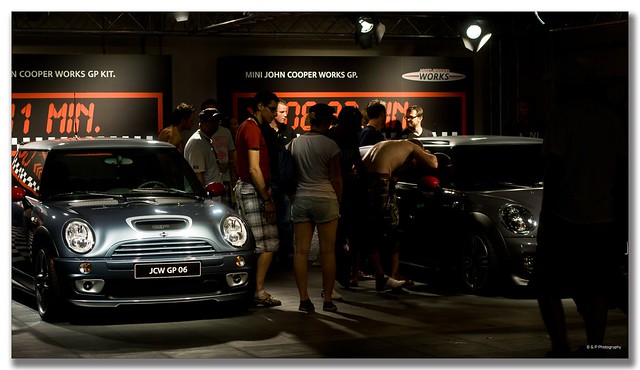